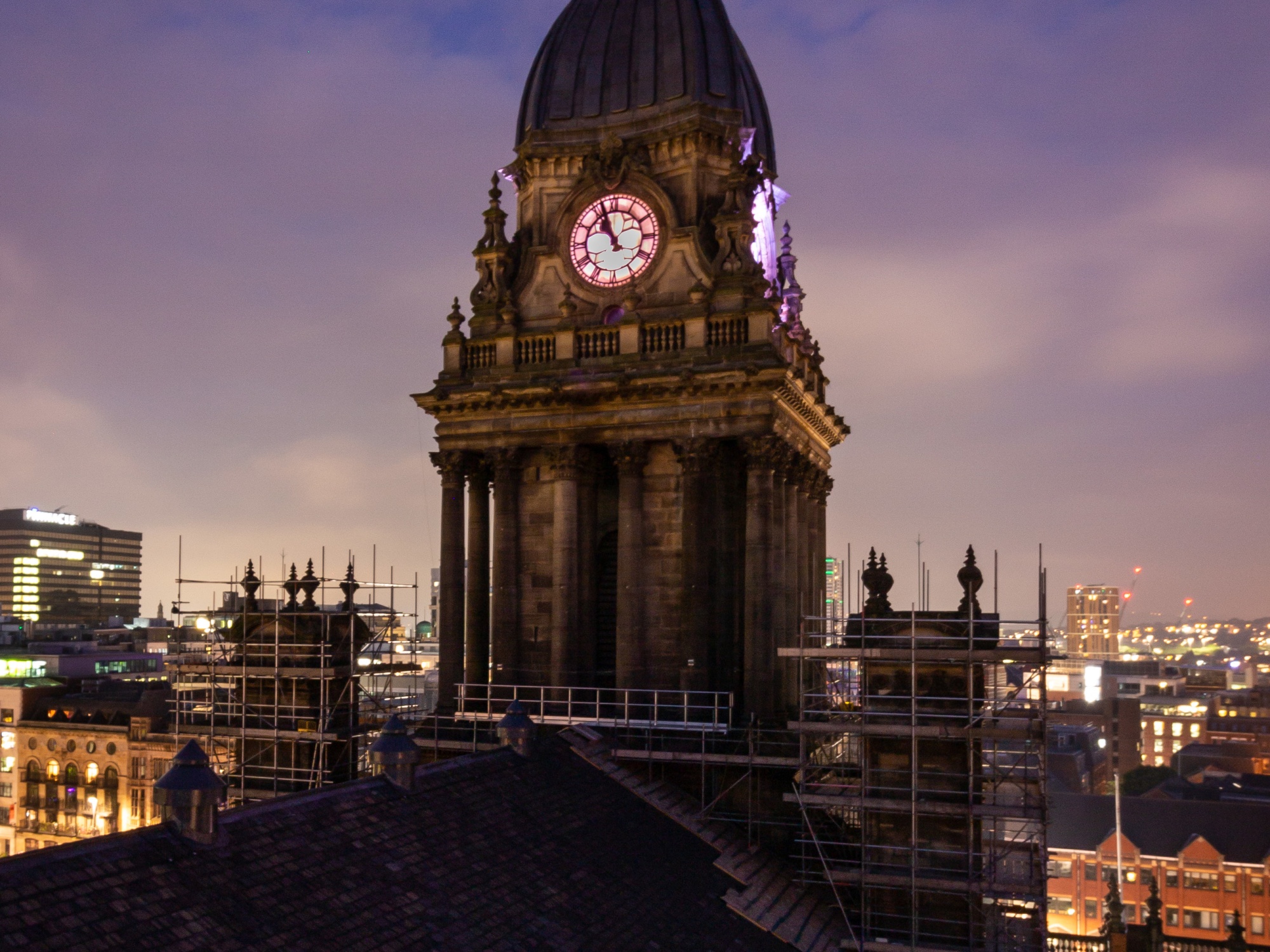 History
“Leeds Town Hall is a 19th century municipal building on The Headrow (formerly Park Lane), Leeds, West Yorkshire, England. Planned to include law courts, a council chamber, offices, a public hall, and a suite of ceremonial rooms, it was built between 1853 and 1858 to a design by the architect Cuthbert Brodrick. With the building of the Civic Hall in 1933, some of these functions were relocated, and after the construction of the Leeds Crown Court in 1993, the Town Hall now serves mainly as a concert, conference and wedding venue, its offices still used by some council departments. It was designated a Grade I listed building in 1951.

Imagined as a municipal palace to demonstrate the power and success of Victorian Leeds, and opened by Queen Victoria in a lavish ceremony in 1858, it is one of the largest town halls in the United Kingdom. With a height of 225 feet (68.6 m) it was the tallest building in Leeds for 108 years from 1858 until 1966, when it lost the title to the Park Plaza Hotel, which stands 26 feet (8 m) taller at 253 feet (77 m). The distinctive baroque clock tower, which serves as a landmark and a symbol of Leeds, was not part of the initial design but was added by Brodrick in 1856 as the civic leaders sought to make an even grander statement.

The project to build the Town Hall came about as Leeds underwent rapid growth and industrialisation during the 19th century, helped by a desire to compete with Bradford and symbolise Leeds’s dominance within the region. Proceedings began in July 1850, carried through by a dedicated committee of the Town Council, which held a competition selecting the relatively unknown Brodrick to prepare a design, with construction underway by July 1853. The building cost much more than the original estimates due to rising prices and constant additions to its design throughout construction.

The form of Leeds Town Hall has been used as a model for civic buildings across Britain and the British Empire, being one of the largest and earliest. As a key heritage asset for the city, its history as a court and prison is demonstrated in guided tours for the public. Several recurring cultural events use the Town Hall as a performance space, such as the Leeds International Piano Competition.” 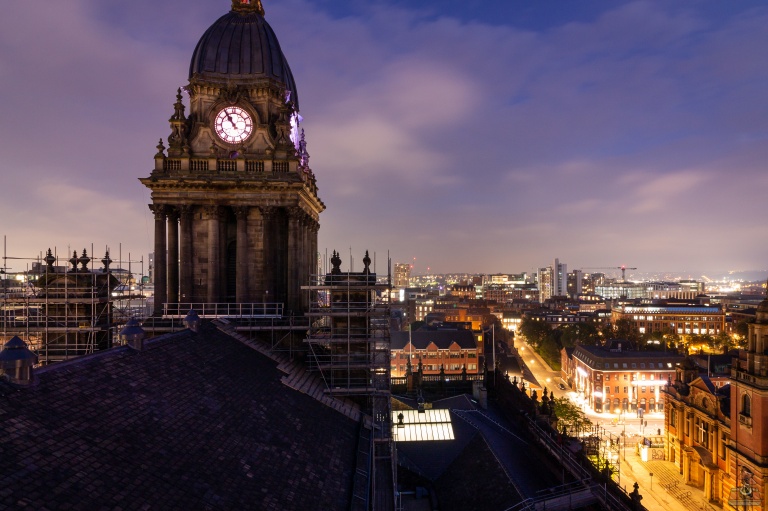 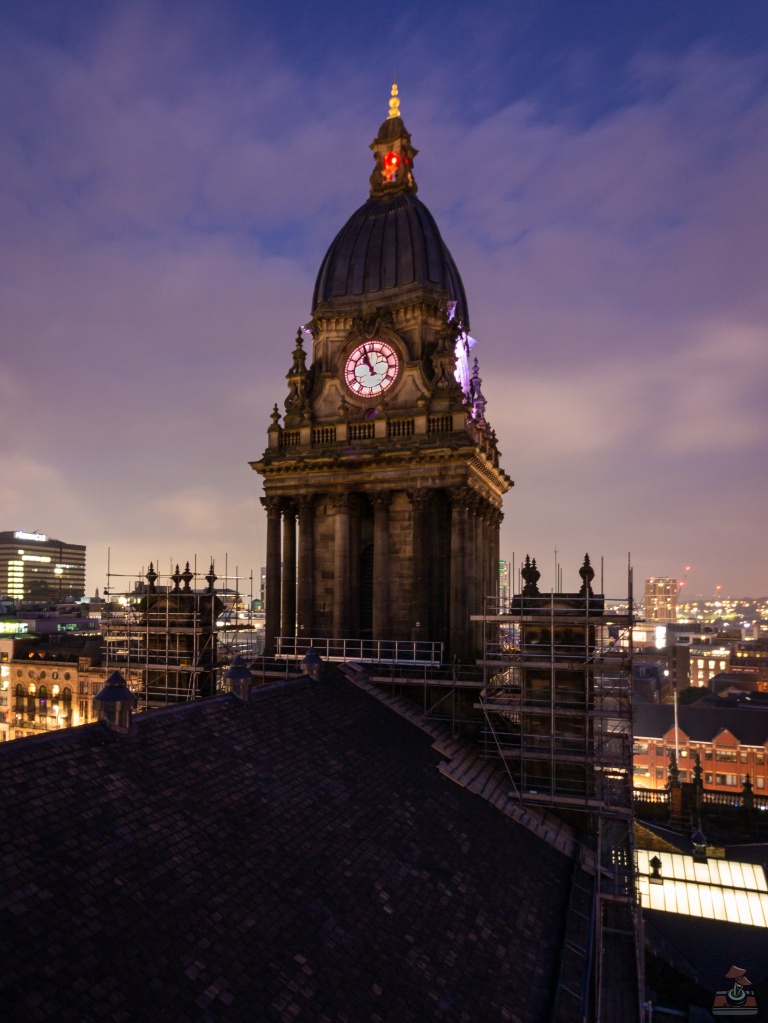